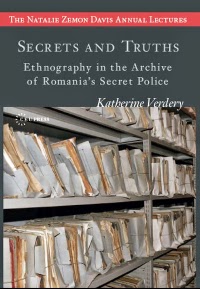 List of Figures
Preface and Acknowledgments
Note on Pronunciation
Introduction: What Was the Securitate?
Chapter 1. An Archive and Its Fictions
Chapter 2. The Secrets of a Secret Police
Chapter 3. Knowledge Practices and the Social Relations of Surveillance
Conclusion: The Radiant Future?
Bibliography
Index
More details on CEU Press website.
Publicat de Cosmin Budeanca la 28.3.15