Call for papers: VALAHIAN JOURNAL OF HISTORICAL STUDIES, No. 17 (2012) - Minorities under National-Communism.The Dialectics of Marxism and Nationalism in the Shadow of the Brezhnev Doctrine 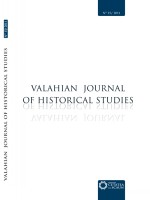 In the nationally-conflicted 19th century, Karl Marx promised that Communism will once and for all put an end to the national problem, which was nothing more than a bourgeoisie maneuver aimed at “inciting nations against each other”. The famous slogan Proletarians of all countries, unite! sounded for many generations of Marx’s followers as the promise of a bright future, where both social and national oppression shall seize to exist. The first half of the 20th century saw many Communist parties take control over societies especially in Central and Eastern Europe, where national conflicts had divided communities for centuries. It was the revolutionary Communists’ turn to see their dream fulfilled: the end of national oppression. Some decades later, though, Socialist states seemed to take the habits of forerunner bourgeois states.
During the Great Patriotic War, Stalin left aside the Marxist-Leninist rhetoric in favor of a National discourse meant to mobilize the Russians against the foreign invader. But later, more and more Communist Parties assumed nationalist-oriented features and started to envisage national minorities as threats. Uniformity seemed to be no longer a social, political, institutional or cultural issue, but it became national as well. Communist Parties tried to define this mutation in various forms, in order to reconcile national aspirations with Marxism – or more like it – to hide national aspirations behind Marxism. Perhaps that was a necessary step in acquiring legitimacy but, nevertheless, it gave birth to unusual ideological hybrids, sometimes reaching the limits of Extreme Right, as it happened in Nicolae Ceausescu’ Romania.
This issue of VJHS intends to investigate such evolutions, focused mainly on Brezhnev’s years in power, because of the two opposing factors which acted together: on one hand, the Soviet pressures for limiting liberalization processes, clearly exemplified by the intervention against the Prague Spring, and on the other hand, domestic pressures for liberalization, encouraged greatly by the preliminaries and outcomes of the Conference for Security and Cooperation in Europe, which sanctioned the respect for human rights on both sides of the Iron Curtain. Under such opposing factors, Communist regimes in Central and Eastern Europe had to adapt, to find solutions to their lack of legitimacy and to answer social pressures in such manner as to ensure their survival and to prevent Soviet intervention at the same time.
Aflați mai multe »
Publicat de Cosmin Budeanca la 19.2.12 Niciun comentariu: