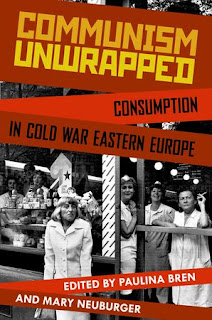 „Communism Unwrapped is a collection of essays that unwraps the complex world of consumption under communism in postwar Eastern Europe, featuring new work by both American and European scholars writing from variety of disciplinary perspectives. The result is a fresh look at everyday life under communism that explores the ways people shopped, ate, drank, smoked, cooked, acquired, exchanged and assessed goods. These phenomena, the editors argue, were central to the way that communism was lived and experienced in its widely varied contexts in the region. Consumption pervaded everyday life far more than most other political and social phenomena. From design, to production, to retail sales and black market exchange, Communism Unwrapped follows communist goods from producer to consumer, tracing their circuitous routes. In the communist world this journey was rife with its own meanings, shaped by the special political and social circumstances of these societies. In examining consumption behind the Iron Curtain, this volume builds on a new field of study. It brings dimension and nuance to our understanding of the communist period and a new perspective to our current analyses of consumerism.”
Table of Contents:
Aflați mai multe »
Publicat de Cosmin Budeanca la 1.9.12 Niciun comentariu: 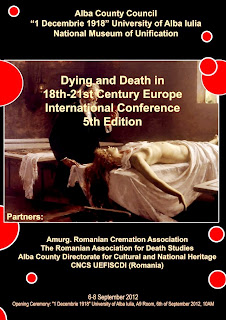